Ok, I can’t keep quiet about our Epipen woes. My youngest son has two severe allergies, to both peanuts and hazelnuts. I carry an Epipen with me wherever we go. I called to see the allergist, whom we normally see without an issue in July. But we were gone for the first half of the month with travel plans decided fairly last minute, so I hadn’t booked the appointment earlier It turns out, our allergist had no appointments until mid September when I called in mid July..

So I called our regular pediatrician to refill the three expiring epipens (a transaction normally handled by allergist at our July appointment). The doctor couldn’t tell which pharmacy they sent the electronic prescription to from their end. And they told me we had a current refill available, from April when one of the Epipens expired and I went through this rigmarole back then. (Seriously, they sent it to the wrong pharmacy then and called for weeks to follow up.)  I figured I had a 50-50 shot at guessing the correct drugstore, located a few blocks apart. No big deal as long as I build in time to try both, right? 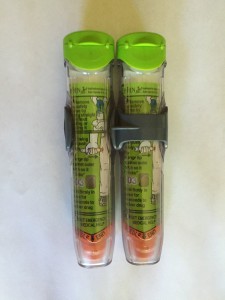 We keep one of these Epipen prescriptions at home, school, and with us at all times.

Wrong. Because today would be the day my oldest child gets his third scary nosebleed. So I need to get it stopped (14 minutes to stop the bleeding, down from 24 last night), and call the doctor, who calls back in the time frame I have to visit two drugstores before I have to pick up my nut allergy child at 30 minutes from now. It requires a 10 minute drive except today –  the first day of a big annual festival and I have to go right through it to reach him. That only matters this one day of the year, but what a day.

It turns I made it to both drugstores in the allotted time with two other kids in tow. But neither drugstore had refilled our prescription for this potentially life-saving medication because the nurse never actually sent it along to the doctor. I learned that when I followed up with another phone call to the pediatrician. After that phone call, they sent it to the doctor (actually another one because ours, of course ,is on vacation – I know this because my oldest son’s three massive nosebleeds in a week which warrants yet another phone call according to my kids’ health app).

Then the pediatrician called me back and said it had been sent to the pharmacy, but I didn’t have my phone on me (hello, pooping preschooler!), so it went to voicemail. I had to call them back (they left a message) and ask which pharmacy.  Then we went to the pharmacy, for a total of my third drugstore visit today. 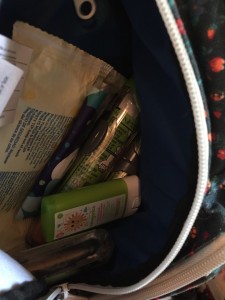 If you look closely, you can spot the Epipen in my purse with all the other goodies.

You’d think the story ends there. But no. Luckily I had another grownup to entertain my children this time around, because it’s always a bad sign when they ask if you’re the person with the Epipens. Our new insurance will only cover generic epinephrine not actual brand name Epipens, which is what we’ve had since 2015. The pharmacist called to try and pre-authorize the prescription because the generic ones, at least in junior strength, are not available anywhere, even direct from the manufacturer. We can pay out of pocket for our “brand name” prescription but there’s actually no generic brand available at this time. And each Epipen box costs around $385, which is actually down from $600. (We paid $60 a box with our old insurance.) We need three boxes.

Why three? Surely that’s liberal excess and consumers racking up insurance bills for fun, right? Nope. We have one at home that never leaves. He has one at school that never leaves. And I carry one with us at all times wherever he happens to be that isn’t home or school. 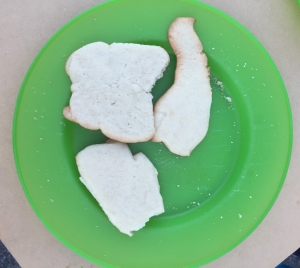 Have you ever worried whether the homemade cookies at your neighborhood potluck had nuts (or even almond flour) in them? I carry my son’s Epipen everywhere we go just in case.

Now I’m equipped with an NDC (and know what that stands for National Drug Code in case you, too, didn’t know) and should call our insurance. On Monday, of course, because they closed well before the 6 p.m. hour when I hit up the pharmacy with a second adult for the third time in one afternoon.

The very kind pharmacist understood this prescription is not an optional drug choice and there is no generic alternative but she can’t authorize payment. She did say another drugstore chain may have a “deal” for only $100 per box but she can’t be sure anymore.

I’ve given up for the day and will continue trying on Monday. In the meantime, the pharmacist was kind enough to examine my current Epipen and pronounce it still good thanks to the handy window on the packaging, so if I’m not resting easy, at least I can fall asleep.