Get the Good Stuff, Avoid the Bad

I wanted to roundup the best (and one of the worst) small gifts from last year. My criteria for rating gifts included cost, if my kids played with it over more than once during several weeks, and how I feel about it.  Does it cost less than $15? Do my kids love it? Do they still love it several weeks later? Do I love it, or at least not hate it? And the winners are…

Rainbow Bath Bomb: I can’t say who loved this bath bomb more, me or the kids. My daughter got it during the holidays, and used it for her next bath. That worked out well because she spent even longer than normal bathing, a nice bonus during the long winter days at home with kids out of school. But all three of my kids loved it, and all five of us crowded into the bathroom to watch the magic. The only con? This one time use gift works well for not taking up additional space, but it also means you get less use per dollar spent. 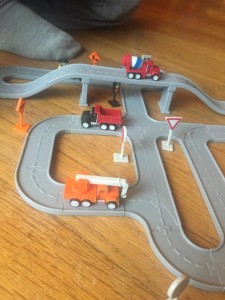 Driven Pocket Series Set: I’m still totally stoked about this Driven tiny trucks set. I love their pocket series for its small size, affordability, and building opportunities. But this set takes all that one step further, for less than the price of the six vehicles included. Unlike the blind boxes, you know just what you get for the low price, and my kid still loves it and plays with it regularly. It integrates perfectly with other vehicles and sets from the series.

Animal Flashlights: My kids love these flashlights and I love not replacing batteries or listening to complaints because their flashlights won’t work after being left on all night. With a trigger that automatically turns off when kids stop pushing the lever, and fun animal shapes and colors with rugged plastic that can hold up to all sorts of abuse, you can’t go wrong with these gifts to light up the night.

Card Games: I had no idea Fairy Queen and Crazy Eights would be such big hits, but I’m glad someone did and gave them to us! We get tons of use out of both games with my older kids. Even though my four year old doesn’t play as much, he will still occasionally play the easier matching version of Fairy Queen with my daughter. And two kids entertaining themselves at the same time with an educational game? Priceless. 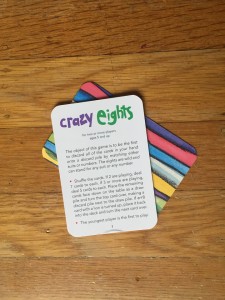 Paint by Sticker Kids: It took a bit for my daughter to get to her Paint by Sticker book, since she had so many other new things to play with. But she loves it. And what’s more, when my eight year old saw her picture, they fought over the next page, and he doesn’t love arts and crafts anywhere near as much as my six year old daughter. I think it’s fun, helps with hand eye coordination, and your kids can easily use the ten pictures and sticker pages and it won’t continue to take up room in your house.

Silly Putty: I’m putting this one on the worst list because I still can’t figure out what I was thinking. While the others top the list, Silly Putty ranks at the bottom. My kids still love it and it passes the cost analysis, but the trouble of keeping up with it and removing it from various fabrics makes it totally not worth it.