I just got back from a three day trip with my youngest. We gave him the option of going to visit his grandparents for a festival he loves, or having a big birthday party. He went with the trip, so I took him with no siblings for a long weekend. We had a blast, but it made for a busy weekend, especially so close to the big move. 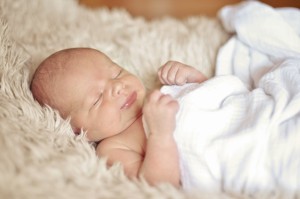 I can’t believe my baby is five years old!

It turns out I had the foresight to order some birthday presents for him. Only between moving, camping, and traveling, I forgot. Luckily he didn’t. That means my five year old asked me about the “square box” for his birthday this evening after he opened and played with all his other presents. That’s because it got delivered and was waiting on the porch of our old house one day when we got home, and he can recognize his name now. 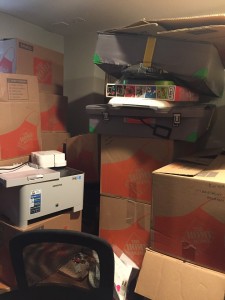 It’s hard to find a box when your house looks like this.

Once I finally recalled what he was talking about, I started looking. He was very forgiving about the whole thing, saying he could open it even it we didn’t find it for a year (not outside the realm of possibility given the current state of things and how many boxes I found unopened from our last move thirteen years and three kids back). But after several hours of poking and thought, I found the box! I’m almost as excited as he is, which works out well. Despite the half a decade birthday mark, our festivities were smaller than usual since we celebrated with extended family already.