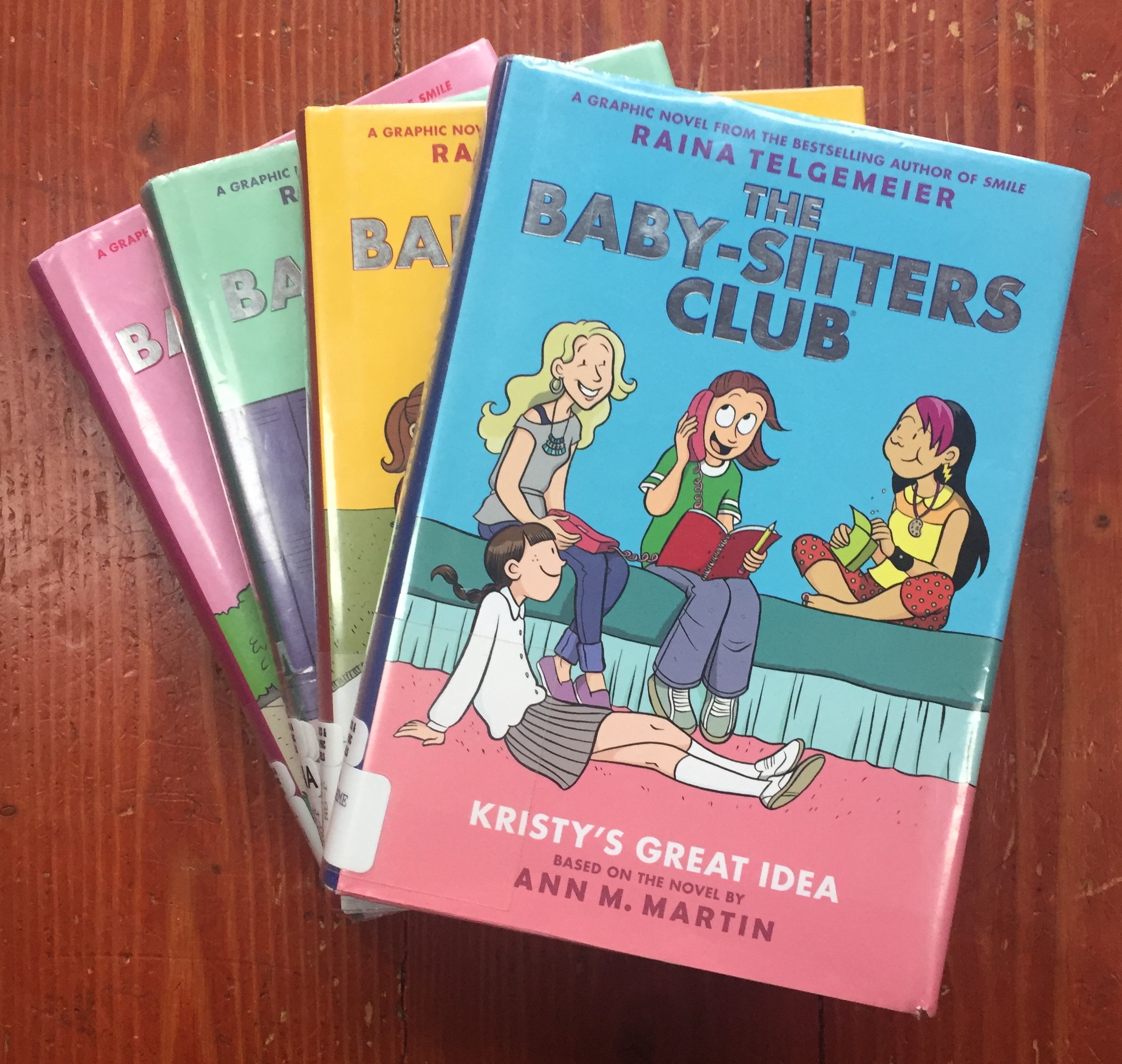 Do you remember The Baby-Sitters Club books by Ann M. Martin from your childhood? I recently discovered they’ve been reinvigorated as graphic novels for kids.

If you enjoyed the antics of Kristy, Claudia, Mary Anne, Stacey and Dawn as a youth, they’re back in a new illustrated format. These novels for kids center around a club started by four twelve-year olds who work as babysitters in their fictional Connecticut community. Although the idea for the series centers on babysitting, the books deal with more complex issues faced by young tweens, such as moving, sibling rivalries, and relationships.

Each book has around 150 pages in the colorful graphic style. You can get seven of the original titles, from Kristy’s Great Idea, The Truth About Stacey, Mary Anne Saves the Day, Claudia and Mean Janine, Dawn and the Impossible Three, Kristy’s Big Day, and Boy-Crazy Stacey. The eighth and most recent book in the series, Logan Likes Mary Anne, debuted in September of this year. You can also get several of these titles in Spanish. Kids can read the books in order or in single installments.

We recently checked these books out of the library because my kids loved Sisters (and Smile and Guts) so much. It turns out Telgemeier partnered with Martin to recreate the first four books in the beloved series in graphic novel form, while Gale Galligan adapted the next four books. We got our first few books from the series last week, and my two oldest kids have been fighting over them almost non-stop since. Both my ten-year-old son and my eight-year-old daughter can’t get enough of these books. You can buy these books individually or get the first seven in the series as a set, which will definitely be on our holiday gift list.

Check out any one of the books in the graphic novel series to introduce your kids to the joy of The Baby-Sitters Club.