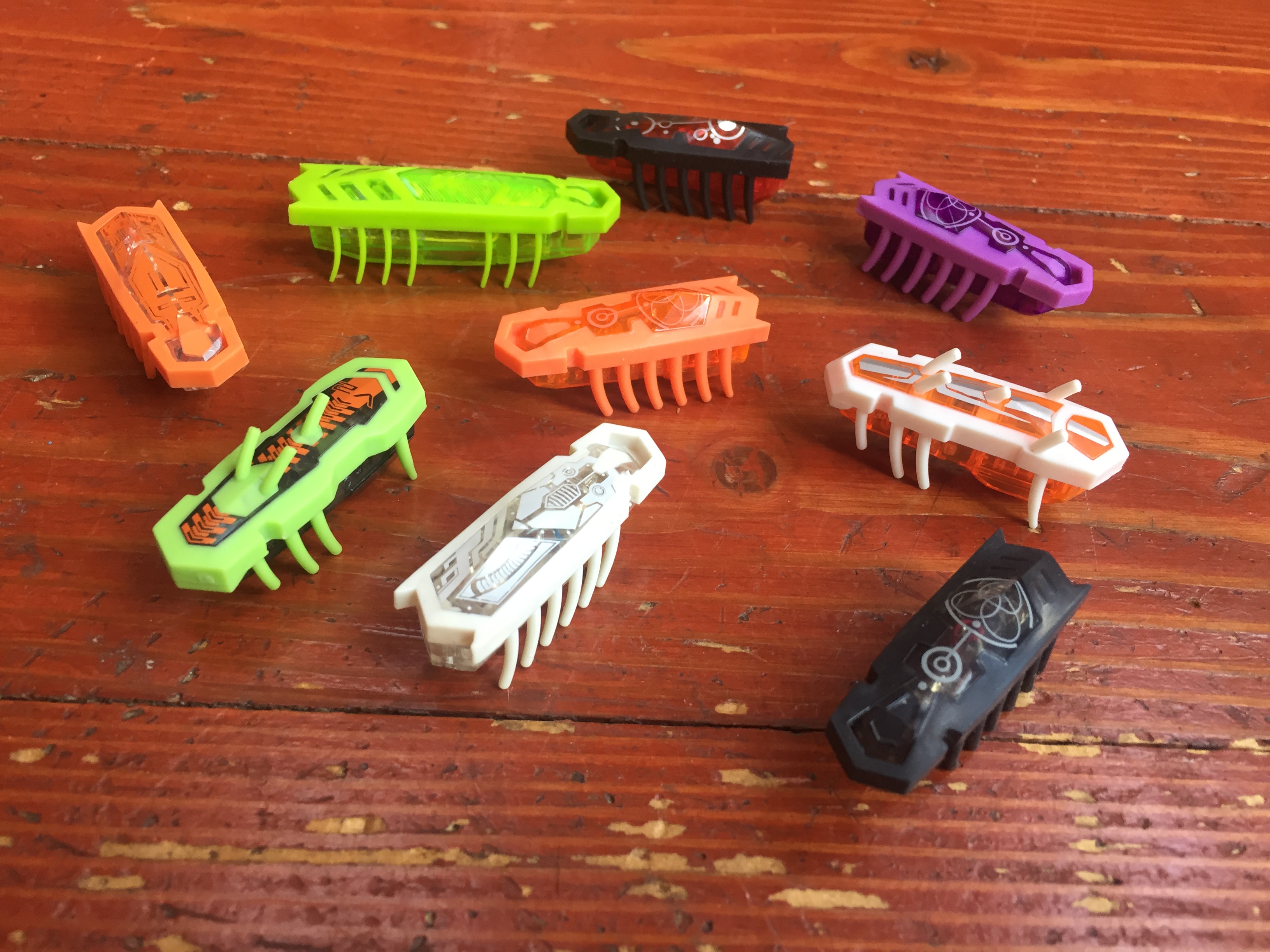 It’s spring time, which means bugs come out in full force. If your house hasn’t yet been invaded, it’s only a matter of time until you have an infestation of Hexbug Nano.

These tiny robotic toys run on batteries. At about two inches long, Hexbug Nano come in a variety of styles and colors, all of which use vibration to move around. Kids can build tracks for the bugs to traverse, and even pit two or more bugs against each other in a battle arena. The bugs can run on any hard surface, though, and don’t require additional sets to play. Hexbug Nano will run on its tiny feet until it meets an obstacle, then switch directions to continue moving. Some can even right themselves after flipping upside down.

These tiny toys have oodles of sets to expand the fun even further. Kids can enjoy watching a single bug run rampant, or collecting a series. Once they get ready, they can build tracks, tubes, and enclosures to ramp up the fun. Hexagon shaped “rooms” can be connected directly to each other or with tracks in between the shapes. Gates along the edges of each hex can be opened or closed to create endless paths.

All Nano sets are compatible with each other, meaning kids can put them together any way they’d like. The vibrating bugs don’t make a lot of noise, though their small size makes them best for kids three years and up. You can purchase bugs individually or in groups of five. You can get themed sets as well, from a space exploration complete with a ship to a Nitro set to propel them to greater speeds.

Whether you choose a single bug or an entire set, these tiny robotic bugs beat an infestation of the live type any day.